The following is a list of publications that collect more than one issue of Swamp Thing.  The list is not exhaustive, and only includes publications in English.
Volume 1

Roots of the Swamp Thing (1986, DC Comics)
Published in 5 issues throughout 1986, this reprints issues #1-10 and House Of Secrets #92 (all of the Wein/Wrightson collaborations).

Bernie Wrightson: Artifact Edition (2017, IDW)
A large-scale hardcover book featuring the artwork of Bernie Wrightson. Not a complete collection, but includes many un-inked or un-coloured pages of art from each of the Wrightson issues of Swamp Thing, plus House Of Secrets #92. It also includes covers and other artwork related to Swamp Thing.
ISBN: 1684052114

Swamp Thing Absolute Edition (2019-, Vertigo)
The first Absolute Edition of Swamp Thing, this features the oversize format and slipcase that is usual for the Absolute series. It also includes an essay by Stephen Bissette with some of the original drawings and scripts. The colouring throughout has been completely re-done (and I personally do not care for it). Collects Swamp Thing #20-34 and Annual #2.
ISBN: 1401284930

Swamp Thing: Tales From The Bayou (2020, DC Comics)
The ‘Roots of Terror’ collection was later expanded to include the 7 issues from the Walmart Giant series.
ISBN: 1779501153 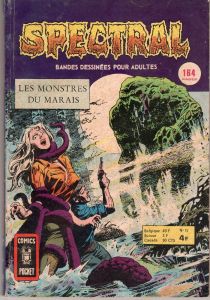 Arédit in France began publishing pocket editions of Swamp Thing from the mid-70s, in the pocket-sized magazine Spectral. 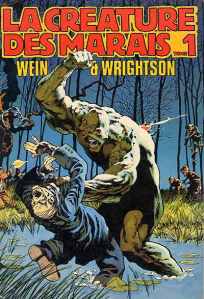 Les Éditions du Fromage also published a number of the Wein/Wrightson issues in France in 1977. 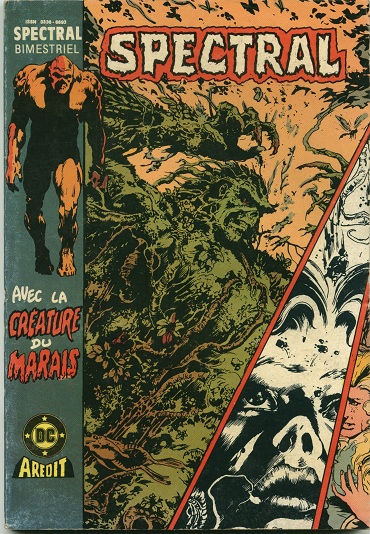 Spectral continued to be published throughout much of the 80s, covering some of the Pasko and Moore runs. The 2011 series is being published in French by Urban. Some more information here. 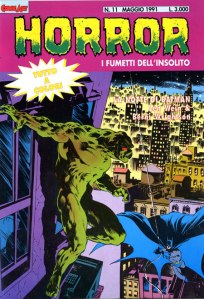 Swamp Thing was first published in Italy in the early '90s by Comic Art in the magazine Horror. More details can be found here. 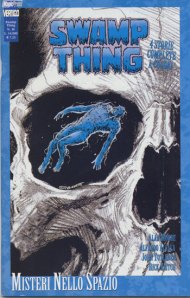 From 1998, Magic Press have been publishing Italian language editions of many issues in collected editions. 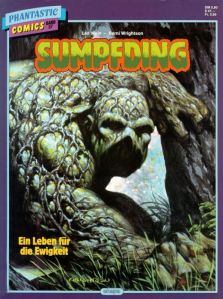 The first 2 issues of Vol. 1 are reprinted in Germany circa 1987 by Phantastic-Comics. 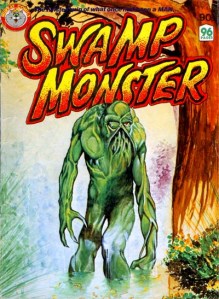 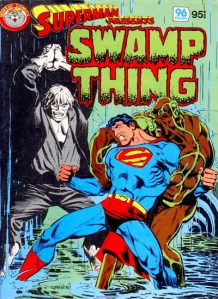 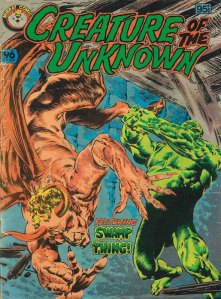 Some interesting covers and series titles from Australia's Murray Publishing, which reprinted much of the first volume in the early 80s. More information to be found here.